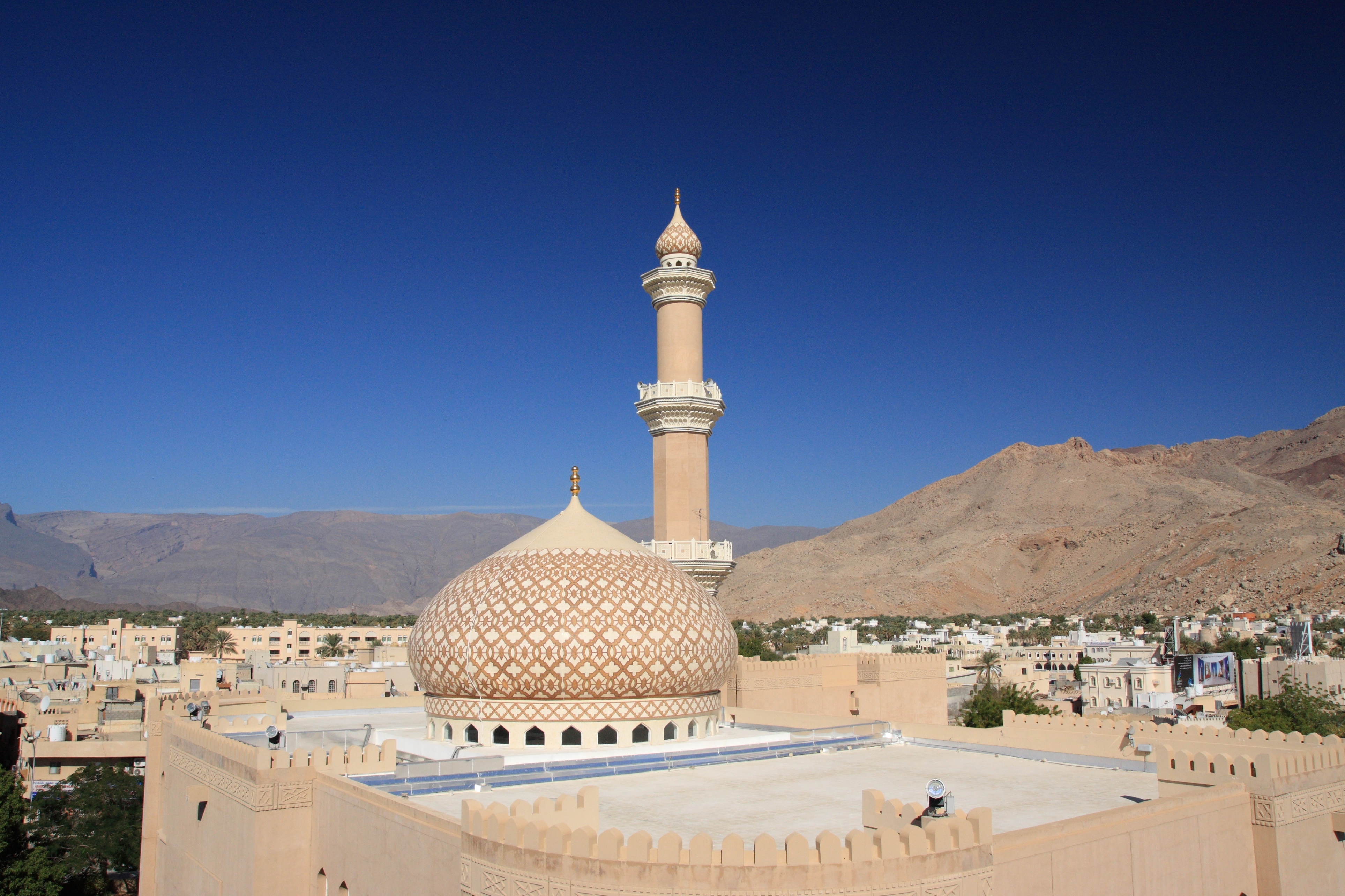 Distance from Muscat – 174 km
Average drive time – 1 1/2 hours by paved road
How to get there – By buses / coaches belonging to the Oman National tourist Corporation (ONTC). Cars can be hired from Car rental agencies.

Nizwa, the verdant oasis city with its blend of the modern and the ancient was the capital of Oman during the 6th and 7th centuries. One of the oldest cities of the Sultanate was once a center of education and art. Nizwa has been an important crossroad at the base of the Western Hajar Mountains connecting Muscat, Buraimi, and the lower reaches of Dhofar. The Falaj Daris of Nizwa is the largest single falaj in Oman and provides the surrounding countryside with much-needed water for the plantations.

The city, famous for its historical monuments, handicrafts and agricultural products, has an expansive Souq showcasing a wonderful array of handicrafts – coffee pots, swords, leather goods, silverware, antiques, and household utensils. Nizwa Fort, completed in the 1650s, was the seat of power during the rule of the Al Ya’ruba dynasty and is Oman’s most visited National monument. The reconstructed Sultan Qaboos Mosque is one of the oldest mosques in Oman. In the evenings, the call of the muezzin fills the air calling the faithful to prayer.

A few kilometers from Nizwa lies the mysterious town of Bahla. Bahla is the home of myths and legends that have carried through the centuries. Some people today still believe that magic is afoot in Bahla and many Omanis are superstitious when it comes to talking about Bahla. This little town is famous for its pottery. The old Bahla fort with its 12 km wall is the oldest in Oman. The fort is believed to have been built in pre-Islamic times and is now undergoing reconstruction sponsored by UNESCO and the site is included on UNESCO’s list of World Heritage monuments. A short distance beyond Bahla lies the Castle of Jabreen. This massive three-storied was also built during the Al Ya’ruba dynasty of the mid-1600s. It is a fine example of Islamic architecture with beautiful wooden inscriptions and paintings on the ceilings. Other interesting locales between Nizwa and Bahla are the 400-year-old village of Al Hamra and the mountainside village of Misfah Al Abreen.